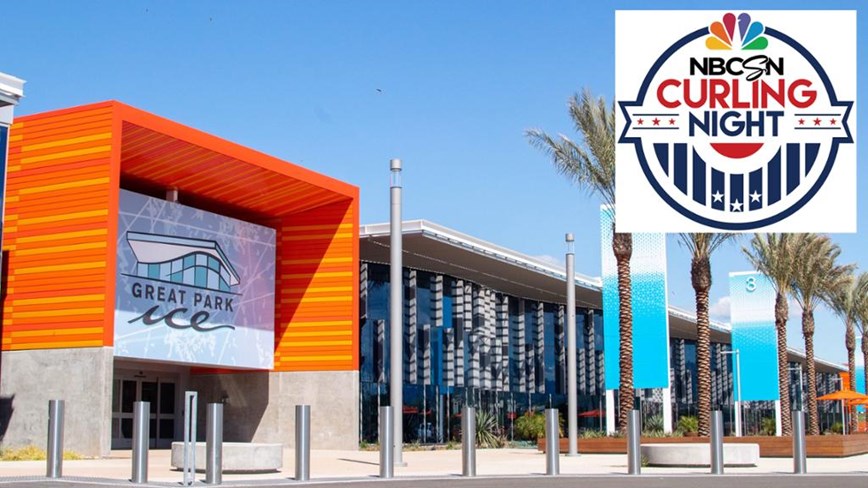 Great Park Ice & FivePoint Arena will host its first major international curling competition, "Curling Night in America" in August 2020. The event has taken place six previous times in partnership with USA Curling, NBC Sports Network, the World Curling Federation and the United States Olympic and Paralympic Committee. It will be the first such event in the state of California, following competitions in North Carolina, Nebraska, and Minnesota (four times). The event will feature four countries playing in three curling disciplines - mixed doubles, women's and men's. The countries and competing teams will be announced next year.

"It is truly exciting be taking what has become the 'Curling Night in America' road show to Orange County," said Rick Patzke of USA Curling. "Great Park Ice will be a terrific partner to work with, and the opportunities to continue to grow this Olympic and Paralympic sport in the area are endless."